An interview with one of yours about your effort to help Venezuela against the Fascists on global research lead me to your website. Unfortunately in reading your program, it seems that we have quite different ideas about what and how we need to accomplish in order to have a peaceful and just society, even though I see myself with you as part of the general labor movement and in support of the Venezuelan people against the Oligarchy / Fascism / the right, etc.

The differences start at the most principled level it seems. I belief that we need to give every person as much power as we possibly can, without degenerating into lawlessness of course, and prevent dangerous buildup of centers of unnecessary power. We need a State and economy which is a balance of powers. This implies that we need a State that is more democratic than parliament can provide (if the people can master such an art, which is rather doubtful I am afraid), if possible on the Council Government (see 1917 Menshewicki Revolution). Your program wants to continue with Parliament. I think you are inviting corruption, because once elected those politicians do whatever they want. Parliament is however a good fall back position, if the populations proof to be too ill behaved, egotistical, chaotic and dumb to make something more culturally elevated work (which I am afraid is quite a good chance). Even so, a well worked out ideal of a Council Government cannot hurt, can it ? 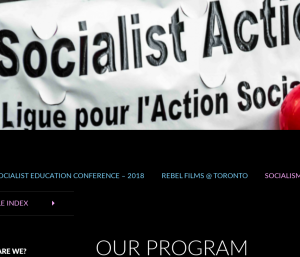 Every person needs their equal share of natural resources as an inalienable right, without which the economy will degenerate into a Plutocracy. I think it does not matter if you have a “Capitalist” economy or a “Socialist” planned / bureaucratic economy, because if people are denied their inalienable and natural right to their share of the Earth for productive use, initiative and just life in general, you are denying people a base of power to operate from against other powers in society, such as the State, businesses which gain too much influence, etc. If everyone is beholden to the State, those powerful in it will rule everyone. Dissenters will be easily dealt with, since they have – quite literally – no leg to stand on.

One of the greatest tragedies of the labor movement seems to be that they have believed the Capitalist exploiter and war class when that class claimed to just have their positions of power because they did such a good job in the “free market.” This may have caused the labor class to distrust everything having to do with markets. However a market is critical to the fair and stable distribution of goods and services between a people who are not slaves of some other power. The problem is not the market principle, provided that natural resources are fairly distributed permanently. The problem was that the Capitalists where lying. They gained their positions in no small part not thanks to the market principle, but thanks to the inadequate implementation thereof, by which they gained extreme power over all land. With that power they could corner the rest of the people, who became their slaves, which in turn yielded the Capitalists unimaginable riches. With those riches they then set about to corrupt everything and control everything.

By allowing other political forces to use the free market principle in politics as an ideological weapon, the labor class has more or less been split in two (right versus left, perhaps). This failure might be the critical failure which prevents the labor class from uniting and reforming the system, or just wage less war. The problem remains rather obvious: what is wrong with one person doing something productively, such as tiling someone their bathroom, when in exchange he receives from the other some good or service ? There is nothing wrong with that, in fact it puts power into the hands of those doing the work. This ideological catastrophe on the left which is the misunderstanding of trade needs to be addressed for there to be a way forward in the reality of politics today and even whatever day in the future.

We can try to enact law, or at least strive for such, disallowing people to assemble too much wealth, and we can perhaps dissemble the Capitalist financial markets. I would also argue that democracy can only exist on a scale that humans can cope with, which I estimate to be probably no bigger – likely much smaller – than a Dutch Province. How can one have a democracy when it is on a scale that the majority of humans cannot deal with ? You will end up with the confusion that the Imperialists and Fascists can exploit.

I would like to hear your opinion about my proposed system of economics, State and the method of getting there, or perhaps you would like to consider the thoughts and laws described in my free (public domain) book: https://market.socialism.nl/ (free PDF and source documents also available). Perhaps some of the arguments and developed systems could convince you. If you enjoy a debate by e-mail or other, that would be no problem of course.

In short perhaps I should be candid: you have quite a vague program, and I see a lot of problems with it that will break you up and make you fail in the heat of the struggle. My program is neither vague, nor lacking internal coherence. I hope you will give it a serious look, and keep in mind that after so many decades of the labor movement, here we are at the Imperialist organized brink of World War 3, with total world domination for the Capitalist usurper and criminal class. Not a very good result. I argue: there have been a lot of things going wrong, having to do with shallowness in the labor class movement itself. It will take time to overcome these problems, hence we better start now.

P.S. I will record this message and your reply publicly on my website, which you could take as an opportunity to spread your message. 😉 Have a nice day, thank you for helping the people of Venezuela.