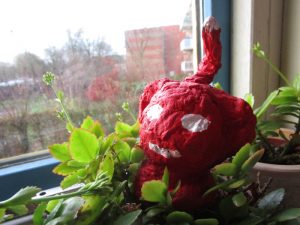 A detailed system of Market Socialism was developed by undersigned in the last 15 years or so. It is a rational system, logically argued that is. It includes: free land for all, freedom of initiative, businesses that are forced to become co-operatives once the starter leaves and they are larger than a minimum size (10 workers), a maximum on personal wealth (30 times the average in the Nation) and a maximum business size.

The State is proposed to be a Council Government, where groups of 50 citizens elect a Delegate, who is on immediate recall. The Delegates form councils with 50 or more. For larger sizes, the Delegate council divides into equal sectors, and each sector elects a second tier Delegate. Nation size is also maximized at some 25 million people, because Empires cannot be democratic no matter how hard you try. The Nation split protocol has some 5 steps and takes one century. There is an overriding Referendum, where the abstentions get filled by the Delegates.

The model comes with a 9 tracked implementation method, from the weakest and easiest to do when counter pressure is light, all the way to fighting open front warfare and a resistance movement during State terror tyranny. The methods are: 0. propaganda, 1. engage in fair trade, 2. set up co-operative businesses and democratic investment funds to support them, 3. swarm tactic political parties (the usual, internally democratic on mentioned model), 4. initiating the Council Government system, first as a good cause, 5. defense of threatened individuals, preventing political violence, defend the others, 6. open front warfare, liberation warfare, when the tyranny is so bad we cannot prevent political violence anymore as per previous step, 7. distributed cell resistance when under the yoke of tyranny, basically when we have been militarily defeated in the previous method, 8 hide such and other truths under extreme repression, wait the tyranny out, when even our cell resistance is destroyed by the tyrants.

https://market.socialism.nl/ I also wrote Internet voting software, by the way, which was published in Linux Magazine (sede – secure democracy). This can be used for smaller group voting, like in co-operatives. What do you think ?