The Revolution, action-plan, ideals, and the consequences of a lack thereof

E-mail was in Dutch: link. In their recent publication the history of the 1918 Revolution was recounted, and how at a crucial stage a lack of decisiveness on the part of the Communist top representatives resulted in a bloody reaction by the social-democrats, who murdered many Spartakists (a Communist movement).

The reason for  the e-mail was to point to a lack of general preparation, both in ideals (the unfortunate mistake of the belief in the totalitarian plan economy), the failure to appreciate the importance of objective law in the Communist movement generally as an instrument for necessary improvement (especially once Communism becomes Sovereign), and how these issues have perhaps created the failure in Germany of the 1918 Revolution, resulting in the bloodbath. 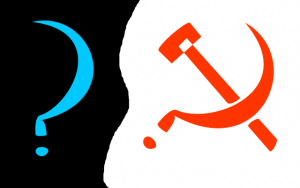 The belief in the totalitarian plan economy has increased the counter pressure. The fear to be repressed like the Communist top cliques, has given those who wanted to murder for power a cover. On the other hand the belief in the totalitarian plan economy seems capable of causing the mind to close down. What is left to discuss after such a complete take over of all power ? Everything is reduced to the problem of taking over the reigns of Sovereignty, believing that suddenly all the right answers would appear, where naturally only a mountain of uncertainty and fear would result in practice, especially for those seeking to do the right thing. Thus with the mind in a dead end, little or no preparation was made to cope with the tremendous task of the German Sovereignty. I can imagine that this has contributed to the paralysis of the Communist movement in 1918, and then its subsequent destruction at the hands of the social-democrats in an alliance with the forces of Capital.

The e-mail continued by outlining how the plan for a democratic State would work in the plan proposed on market.socialism.nl, etc.